A few months ago my ten year old daughter said something that changed the entire way I look at learning difficulties. I hope it will make you think too.

I remembered it was a Wednesday because that’s the day that clinic is always on. I had picked my daughter up early from school as she had an appointment to see a specialist. My daughter attends mainstream school where she is thriving even though she is autistic, has an eating disorder and anxiety. Coming out of school for appointments is a regular occurrence and this specialist was one she had been seeing for six years. I wasn’t expecting anything significant to happen as that day was just a regular check up.

What I didn’t expect to happen was the conversation in the car on the journey there. Who knew that a ten minute conversation could leave a lasting impression that has radically changed my thinking!

The journey started off quietly. My daughter is so anxious in school she doesn’t speak (a condition known as selective mutism) and sometimes if I pick her up from school during the day it can take a few minutes before she chats freely. I always carry on and let her talk when she feels ready, if she even wants to that is.

I pulled out of the school car park and headed to the clinic. I was at the second set of traffic lights when she started talking. Out of nowhere she asked a simple question:

“Mum, do I have learning difficulties?”

As I drove I answered her question as honestly and as simply as I could. I have a background in teaching and thought I had a good knowledge of what learning difficulties is so I told her that we usually class learning difficulties as a struggle with academic things like maths, reading, writing and understanding what people say. She thought about that for a brief moment and then checked her own understanding by listing a few children she knew from her class, also including her own brother who attends a different school and who has severe non verbal autism, who she thought fitted this description. Knowing her class well from volunteering in her school I was able to confirm to her that, yes, all the children she had mentioned, including her brother, did in fact have learning difficulties.

As I concentrated on the road ahead I wasn’t expecting her next comment at all.

I had to ask her why. She was ready to answer right away.

“Well I struggle with some things but people think I am clever just because I can read and write, but all those children I mentioned are clever too. I mean my brother can use google street map, My friend knows loads about superheroes and my other friend is great at building Lego. So why do people say they have learning difficulties just because reading or counting is hard. That’s unfair.”

I was so glad I was just pulling into the parking at the clinic because what she had just said was so powerful I needed her to say it again.

‘Naomi can you say that last bit again please?’

“Ok mum. Why do people say my friends and my brother have learning difficulties just because reading and counting is hard for them. I think that’s unfair. Don’t we all struggle with something?’

I let her words sink in before I even turned my engine off. I couldn’t actually believe that I had never thought about it that way before.

It took my ten year old to shake up my beliefs. She doesn’t see any of her friends, or her brother, as different. She recognised that everyone struggles with something, after all even though she could read and write and count well here she was attending a clinic because of something she struggled with. Why wasn’t her issue classed as learning difficulties when her friends and brother’s struggles were?

Children can teach us so much if we let them. What my ten year old taught me about learning difficulties is something I will never forget.

It isn’t fair to judge anyone by their struggles when every single one of us struggles with something. We really aren’t any different to anyone else.

Thats powerful. I had no idea my ten year old could be so insightful. 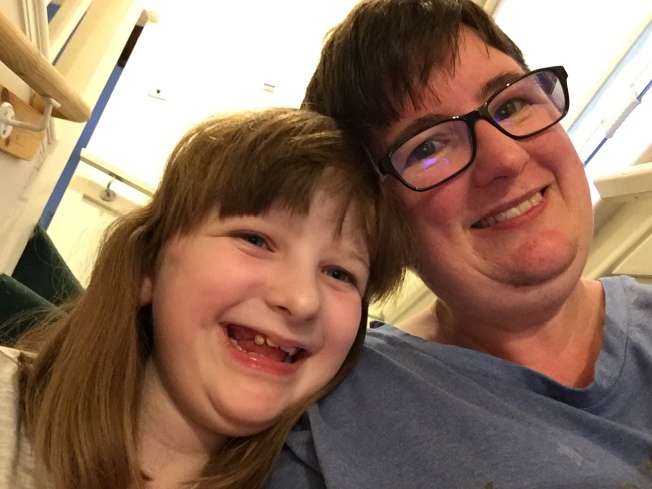