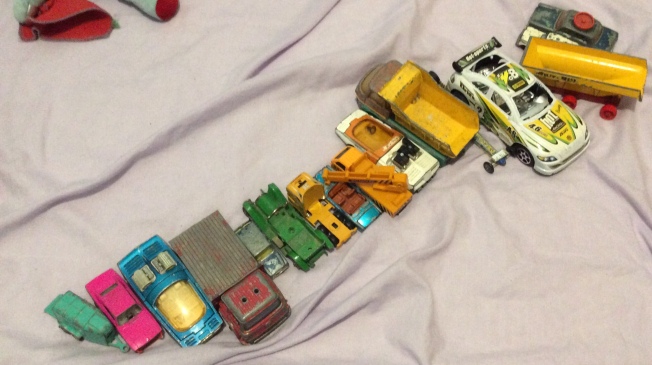 I could hate autism tonight.

When the child who has caused the damage has a diagnosis of autism I could hate autism so easily, but I don’t.

Many would argue, and I would have done so in the past too, that my son’s autism is to blame for tonight. It was his rigidity of thinking and inflexible thought processing that were the triggers. It was the fact he could not control everything and his sheer need for set routine that started it all. It was the fact his communication needs are so high and he was frustrated at not being able to verbally say what he wanted. It was his lack of social awareness and inability to understand others viewpoints that meant he caused thoughtless damage to other’s property. Everyone of these things are key traits of autism spectrum disorder after all, so surely autism was to blame for it all?

Autism isn’t why my son is violent. Autism is not always the reason my child has meltdowns and screams.

There is more to my child than autism.

There is more to anyone than autism.

Let me be clear: autism does not make people violent. I do not hate autism.

Am I upset about my evening and the damage that was caused? Yes very much so. I am more upset, however, at the fact people will see tonight as something fundamentally down to severe autism. Severe autism does not mean a child will be violent. I can not stress that enough.

Let me say this: my son is 9. Yes he has autism. Yes he has no verbal communication. Yes he has learning difficulties and other complex needs. His challenging behaviour IS linked to his complex needs and these do play a factor in what happened tonight but they are not the full story.

I could hate autism but I don’t.

Instead I hate the fact I misjudged my son’s level of anxiety to the point I let him get to the stage of full meltdown.

I hate the fact my tiredness and frustration meant I never showed my child the patience and understanding he needed.

I hate the anxiety and frustration my son felt because his world felt so out of control and unordered because I never ran his bath at 6pm when he felt I should.

Autism was’t to blame for tonight: I was.

My son is a vulnerable child. Whilst he does need support to learn to wait and be more gentle (as does any child,autism or not, and many adults too!) he also has a right to be understood, be listened to and have his needs met regardless wether he can speak or not. I am the adult in all this and it is ME who needs to change and mature not him.

Do you know something…my son could have had a bad night, been frustrated and had a challenging evening even if he didn’t have autism. He is a 9 year old boy with developing hormones, a growing body and determination like any other child. We all get angry and children need space to be forgiven and grow as much as we all do. Have I ever wanted to throw something in temper at times? You bet I have. I have just learnt as an adult that there are better ways to deal with anger. My son just needs time to learn that too. Autism and learning difficulties may mean that takes a little longer and it’s my job to be more patient during that process.

In all the chaos of tonight, in all the broken toys, wet floors, and smashed items I found my son had done this on his bed. A line of cars to remind me how beautiful, ordered and perfect autism is.

I could hate autism but there is nothing about autism to hate.

Just to add I ran that bath, apologised to my child and we made amends. Yes he has autism and learning difficulties but his laughter, his energy, and his forgiving spirit know no bounds. One of the most amazing things about his autism is he will wake up tomorrow with no agenda, no grudge and a love of life that makes everyday wonderful.

I could hate autism but I love my son far too much for that.