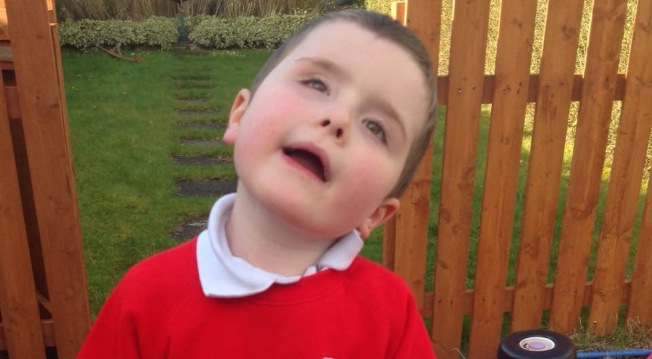 My son has autism spectrum disorder. That no doubt explains a lot about the picture of him above. Lack of eye contact is considered a classic sign of autism and it was indeed one of the first signs picked up in Isaac from a very young age.

What wasn’t picked up was the fact his lack of eye contact was much MORE than just autism and in fact was due to something much more worrying: as well as being autistic my son is also visually impaired.

His autism was diagnosed at age 3 and yet it took until age 8 for professionals to realise how poor his eyesight is.

This angers me as had he not been displaying other signs of autism such as communication difficulties, social challenges and repetitive behaviours, health professionals would have actually looked at his eyesight much earlier.

At age 4 he was diagnosed with the genetic condition neurofibromatosis type 1. It is widely known that this can lead to eye sight problems yet still no-one seemed to take my concerns about my sons eyes seriously.

At age 2 he would sit like this and look closely at a cushion for hours. I told his paediatrician, I told our family doctor, I told our health visitor…everyone told me it was ‘sensory’ and probably due to his autism. I foolishly believed them.

A few years later I recall taking a video of him in the garden. He was walking up and down the bushes in the garden feeling them as he walked repetitively back and forth in a straight line. I showed that video to so many people. I knew something wasn’t right but all everyone said is ‘that is autism’, or ‘that is sensory’. My non verbal child was feeling the bushes because he could not see yet no-one noticed. That is heartbreaking. 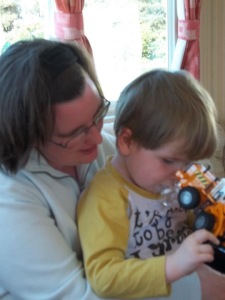 I needed answers. We began attending an eye clinic where they were more concerned about training him to look at cards and spent years putting drops in his eyes. The specialist struggled because my child would meltdown and cry at every appointment so they just kept asking us to come back. Finally at age 6 he was given glasses…only 18 months later to find they were the complete opposite prescription to what he needed!

At age 7, after a huge fight, Isaac had an MRI and we received some concrete answers.

His lack of eye contact, his looking at items closely, his feeling of everything…was not JUST his autism…he actually had three separate and serious eye conditions.

My son DOES have autism. He also has Microphthalmia (small eye) and persistent hyper-plastic primary vitreous (PHPV) leading to loss of sight on his right eye and his left eye has an optic glioma (tumour) on his optic nerve!

What is the point of me saying all this? I am NOT out for sympathy. That does not help my child in any way. What I want this post to do is to make people aware that when professionals say ‘that is just autism’ it may NOT be. When it comes to poor eye contact autism is one of the first things professionals look at. But is is NOT the only reason a child may have poor eye contact.

Be aware. It may not be easy to do but despite the challenges it is worth getting your child’s eyesight tested.

Your child’s lack of eye contact could well just be caused by autism but it is always best to know for definite.

I wish we had realised that sooner. 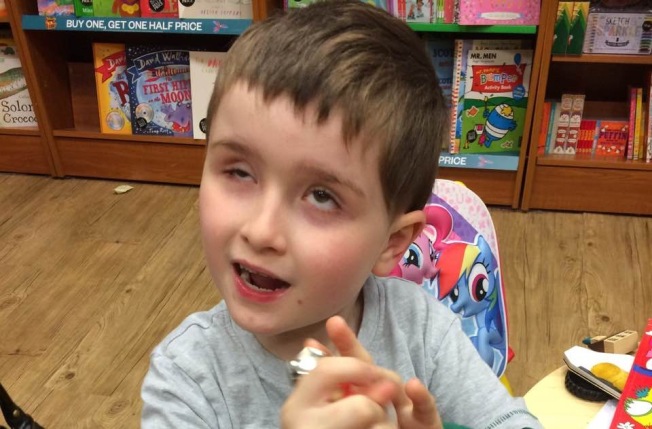