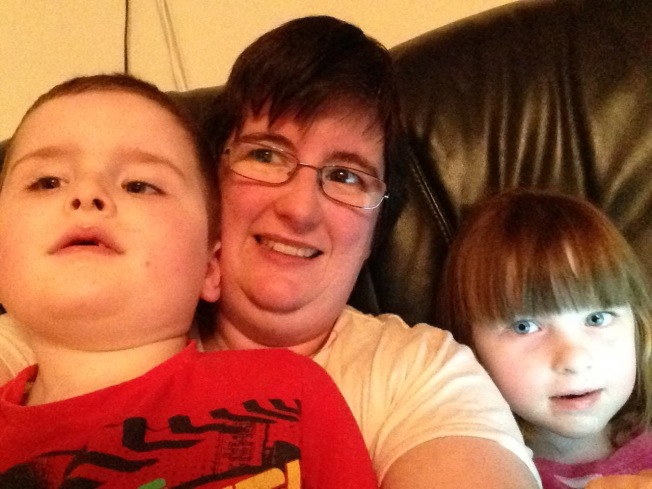 I am usually too wrapped up in my full time caring role as a mum to two special needs children to actively follow politics, but one night last week I just happened to turn on my TV and find out my country suddenly had a new prime minister! I don’t recall ever seeing her name on any election paper or have I missed something?

It seems in the world of politics, unlike my world of full time caring, change is common place.

Maybe it was just nervousness regarding change, concerns over the unknown or fears about the reality of living in a country that was about to leave Europe, but I watched the news about the changeover with real apprehension.

It turns out I DO have reason to be worried.

In her opening speech as prime minister I heard Theresa May speak about building a “better Britain” and I heard her go on to say “If you’re from an ordinary working class family, life is much harder than many people in Westminster realise.”

She talked about “burning injustices” like dying young due to being poor, or being paid less because of gender or young white males being less likely to enter university and I kept listening for more.

But there was nothing that I needed to hear about disability access for my children, or more help for full time carers.

So I looked at her history during her long time in government (so why had I not heard of her?) and my worries as a special needs mum and full time carer are very valid.

Like many full time carers I live in rented accommodation. Both of my children require round the clock care and it is not possible for them to share a bedroom as one has night seizures and the other night terrors. So I live in a house that the government deems to be ‘too large’ and they impose an extra tax on me for this (which we do manage to now avoid due to the significant disabilities of my children but it required yet more paperwork and fighting).
What did I read about our new prime minister?
Theresa May generally voted for reducing housing benefit for social tenants deemed to have excess bedrooms (otherwise known as “bedroom tax”).

What about the income support, carers allowance and other benefits I rely on to survive as a full time carer and special needs mum? Mrs May implied in her speech that life for some is much harder than many in Westminster realise. Does she have any idea how hard life can be to be fully dependent on benefits just because your child or children are disabled and therefore need constant care. What is her thoughts on this?
Theresa May consistently voted against raising welfare benefits at least in line with prices.
Theresa May generally voted for a reduction in spending on welfare benefits.

What about the benefits my children rely on like disability living allowance?
Theresa May generally voted against paying higher benefits over longer periods for those unable to work due to illness or disability.

What about the rights of my children to receive education, access to treatments, support and protection?
Theresa May generally voted against laws to promote equality and human rights.

What about all the services my children receive on the NHS like physiotherapy, occupational therapy and speech therapy (my son is non verbal and both my children have autism)?
Theresa May generally voted for reforming the NHS so GPs buy services on behalf of their patients.
While that sounds great in principal it would require massive funding levels for GP’s given the level of service both of my children require.
I have huge concerns wether that funding will ever be enough.

I don’t normally ‘do’ politics and I am not saying that Theresa May will not be good for my country. That remains to be seen. But as a full time carer, as a special needs mum, and as someone reliant on benefits as a result of my family dynamics, I am worried.

I have a few things in common with Theresa May like being the daughter of a preacher, having a strong marriage and struggling with an inability to have children for years. I just hope that we both also have in common a belief that disability and the rights of carers MUST be a priority too.

Right now though, as a special needs mum and a carer, I have reason to be worried.

Information for this post was gathered from the following site: TheyWorkForYou.com