Last week I was at a school party with my daughter for Halloween. She’s not a fan of parties yet wants to be there too. It’s a huge internal struggle for her as she as she wants to be there like everyone else but realises she is different too.

The free dancing, general socialising, and snacks were hard enough but worse of all was when the games began.

My daughter loves games. She loves the rules and obeys them precisely. She likes that they are organised, structured and fair. The only problem is…she has to win!

They played one game which she lost right at the very start.

In front of her peers she could not hide her upset and I had to remove her from the room to save her embarrassment.

It’s now over a week later and she still can’t get the fact she lost out of her head. She can’t process it or make sense of it.

Of course all children can find it hard to lose but for autistic children it can be so much worse.

It’s not about just telling them to be a ‘good loser’, or using logic to explain that only one child can win out of everyone there. There are very valid reasons why autistic children can find losing hard and before we can help them we need to understand them better.

Autism is a complex disorder and it usually comes with what is known as a spiky profile. This means that a child’s development is at different levels in different areas that what might be expected for their age. So, for example, while my daughter is on par with her peers in maths ability she is years behind in social skills. While her peers have mastered ‘good sportsmanship’ she isn’t there yet. It doesn’t make her any less it just means she needs extra patience and understanding. All children develop at different rates but somehow society expects all children to accept losing gracefully by the time they start school. For many autistic children this just isn’t realistic.

When my daughter loses in her mind it isn’t just a game, it’s everything. Her mental health deteriorates so quickly and it escalates from ‘I didn’t win that game’ to ‘I am useless at everything’ in minutes. Nothing will persuade her out of the mindset that she didn’t win so therefore she is terrible at everything, everyone hates her, and there is nothing she is good at at all. Many autistic children can be like this. They process the game as something of major significance and losing becomes the be all and end all. All rational thought leaves and they judge themselves by the sole fact they lost at one thing. While some may think this is ‘stupid’ or ‘childish’ it is a very real anxiety and needs patience and understanding.

One thing my daughter can not abide is being the centre of attention in a negative way. She hates people staring at her or seeing her as different. Her social anxiety makes her believe that everyone thinks of her as a loser so the humiliation of publicly losing a game just reinforces that fact in her own mind. The shame of not being the best, the embarrassment of having to ‘sit out’ and the added cheers from others who continue to play only make this worse. Despite the fact she knows it is fair she will argue that ‘it’s not fair’ because in her mind fairness equates to only her winning. Which leads to the next point…

Losing well takes practice but how can you practice something that causes so much anxiety you can’t cope? It doesn’t matter how much you try to explain to my daughter that the reality is only one child will win and statistically that is very unlikely to be her, she will then argue that is ‘should be’ and ‘could be’ her so she plays with the attitude of ‘I am going to win because I want to’. While this is admirable and makes her play well and push through her social anxiety about joining in, it all falls apart very suddenly when she doesn’t win. It’s a catch 22 situation because if she accepted she was unlikely to win she would never agree to join in in the first place! I. Her mind she has already played out the game already. That’s the only way her anxiety will allow her to play but her imagination has her winning so when the reality is different the crash is big. Expectation vessel reality is always a hard one for everyone. 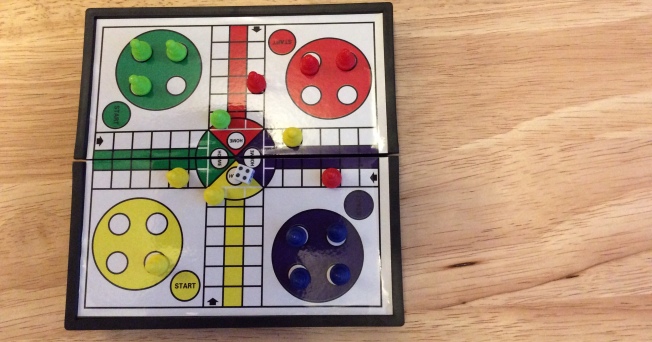 5. The Inability To See Things From Others Viewpoint

My daughter isn’t selfish. She is actually one of the most empathetic children there is but when it comes to games her anxiety becomes so high she goes into self preservation mode. In that mode she can’t look at someone else’s point of view so forcing her to congratulate the winner won’t work. She feels cheated and angry at the winner so how can she say ‘well done’ to them? Her own feelings and upset become so huge they are overpowering preventing her from having empathy for anyone else at that precise moment.

6. The Lack Of Control

One of the hardest things about any sort of game, wether it’s snakes and ladders or musical bumps, for an autistic child can be the absolute lack of control they have over any of it. The randomness of what you may thrown on a dice, or having an itchy nose when you should be frozen in musical statues is uncontrollable and that can bring huge anxiety to many children. They can’t predict and they are out of their comfort zone which can cause upset, frustration and challenging behaviour.

You would think with all that my daughter would hate games. In fact the irony is she loves them! Yet no matter how many different games we play she still finds it deeply distressing to lose.

The important thing is I recognise that and I understand and we continue to work on good sportsmanship often.

So the next time you see a child crying because they lost at pass the parcel or getting angry because they were ‘out’ at musical chairs spare a thought for the difficulties they are dealing with and remember we can all struggle to lose…especially when it comes to football!