I can just see the headline now on the national newspaper. 4 year old boy with tumours has no school to go to. Disabled boy denied the education he deserves. However it reads it will be a riveting story. A story of a young boy who can not talk and is completely incontinent with medical and developmental needs denied the education he deserves by his local council. Shocking. Appalling. Outrageous. But true.

Far too true and way too close to home.

Because this is the child I am talking about: 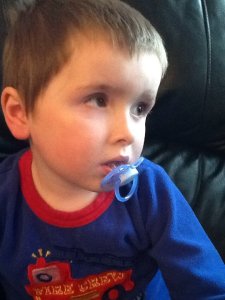 This is my son!

Isaac has severe and complex needs. He has a diagnosis of classic autism, global developmental delay, learning difficulties and a medical diagnosis of neurofibromatosis type 1. He has no speech and he still wears nappies. He did not learn to walk until he was 3. He is still being tested for a number of genetic conditions. And the law says he has to go to school at a certain age.

Isaac is due to start school in August this year. The law says he has to be enrolled in his local mainstream school which although heartbreaking, I did in January this year along with every other parent of pre-school children in Scotland. I knew he would never attend that school but had to go through the motions of producing all the necessary documents and signing all the necessary forms. But Isaac had already been put forward to the ‘forum’ back at the beginning of December the year before for the council to make a decision on where best he should be educated.

This ‘forum’ did not meet until March/April and at the end of April we were allocated a place in a very busy mainstream school with a unit attached.

We went to view it but it was very unsuitable for Isaac’s needs so we appealed and also put in a placing request for our local special school. We waited a long and agonising two months to find out today that our appeal AND our placing request have both been refused.

As hard as it is for me to write, this is a boy I adore and treasure more than life itself after all, I know within my heart that my sons needs are profound. He self harms and harms others. He can escape within seconds, he eats and chews everything so presents a choking hazard at all times, he has challenging behaviour, he self stimulates, he eats his clothes, he is non-verbal and can not use sign language or pictures to communicate yet. He is completely incontinent and needs changed regularly. He has sight problems and balance problems. He has very little awareness of his surroundings. He can not call or ask for help. He can only use a spoon and his fingers to eat. He can not hold a pencil. He can only understand a few key words. He has no sense of danger.

He is a special boy and all the professionals agree he requires special education. But a group of people who hold the power within the education department, who only know about this boy through written reports, feel it is ok to deny him the education he deserves.

Could you deny this baby boy a special school? I couldn’t! 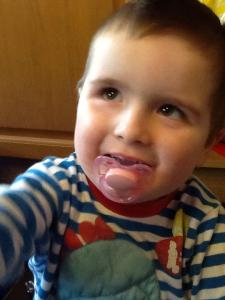