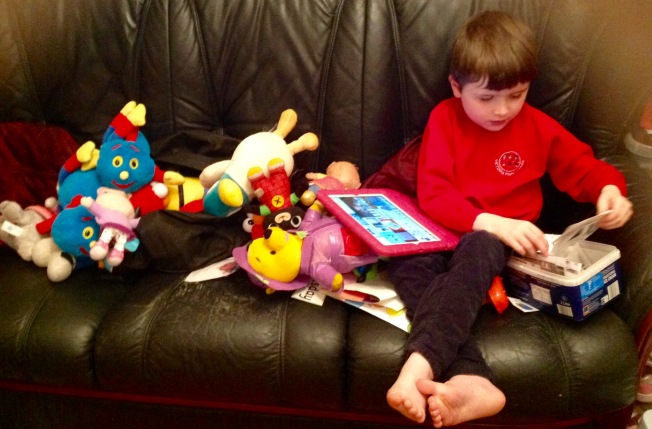 My heart is happy. My son is sitting on the living room floor with a large canvas bag and a pile of teddies. He fills the bag full of teddies, takes them out one by one and then refills the bag once again. It may seem very different to what other seven year old boys do but he is playing.

So I let him play.

Sometimes I get right down on that floor beside him and name those teddies. ‘This is Elmo’ and ‘This one is a panda’ and so on. I almost feel pressured to turn his play into a learning experience or a speech and language therapy session. When your child has significant disabilities and delays the pressure to use anything to ‘bring them on’ is overwhelming. But sometimes they just need to be children. Sometimes we need to allow them to explore and learn and enjoy being in their own world.

So let them play.

When the weather is more favourable we like to go to parks. Sometimes we walk about, or have a swing or venture down a little slide. I have to be so careful that any places are fully enclosed and have equipment that can take the weight of an older child still using frames build for younger, much lighter, children. But mostly our biggest problems is the general public who see my child licking the equipment, or flapping or running around in circles and they mock. And while he knows no different, I do. So he loves the baby swings, so what? He takes a whole lot longer than other just to climb up a few steps and manoeuvre his body down a slide. So what? He is enjoying the park, the fresh air, and learning from others.

I can’t let him be in the garden alone. He can’t join a football team or a drama club. He can barely balance enough to run never mind ice skate or dance. But boy does he love a good tickle! Or some rough and tumble play on the bed. He loves nursery rhymes with actions even if he can’t do any of them himself yet. He loves stories and videos and Peppa Pig. He loves sensory activities like lights and repeating sounds. He likes buttons to press, tummies to squeeze, toys that pour out and anything with water. His toy collection is all things for under three year olds. I am totally fine with that because they make him happy.

And they enable him to play.

We haven’t reached the imaginative play stage yet. Or the social play. He can’t read or write or even speak. He can’t kick a ball or throw and catch. Cars are just something he puts in his mouth to chew on. But fill a ball pull full of toy plastic food and he will sit there for ages exploring, looking and rummaging. He loves his iPad. He loves a DVD player. But most of all he loves his mummy.

So before he gets bored of those teddies I am off to play with him. It is one of the most important and most beautiful things a child can do.

However they do it…let them play! 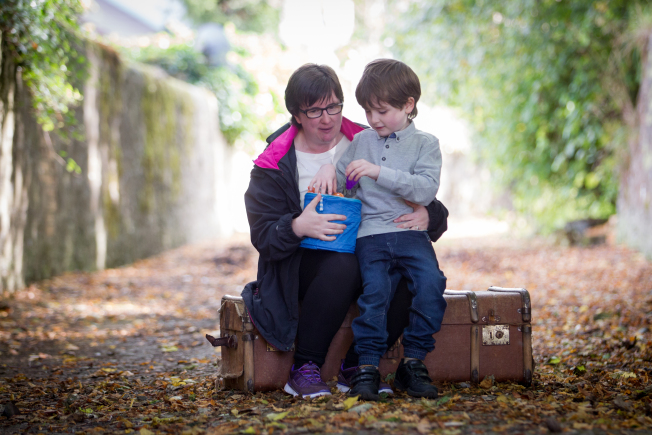 4 thoughts on “Let them play”