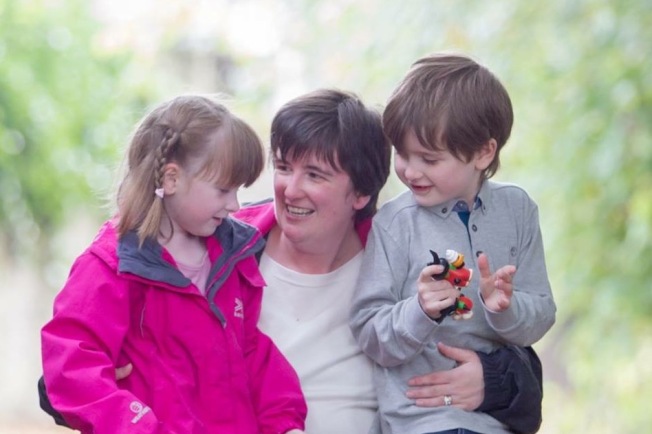 Twice now I have heard the paediatrician confirm ‘Your child has autism’.

Hundreds of times I have found myself telling someone else that one or both my children have autism.

The responses are interesting. They range from shock to sympathy, from confusion to comfort, from understanding to utter ignorance.

A few times people have told me it isn’t that bad, it is ‘only autism’.

Before I go any further I need to tell you I am so grateful for my children. I adore them. My son attends a school for children with severe and complex needs and he mixes every day with children who have life limiting and severe medical and developmental needs. I am involved with a charity that supports children with Neurofibromatosis and know personally of children with brain tumours, undergoing intensive chemotherapy and struggling with pain. Every time I take my children for hospital appointments I count myself blessed. I know there are thousands, even millions of families in the world worse off than mine.

The biggest issue my children both face is autism. But it isn’t ‘only autism’.

When you say ‘it’s only autism’ it can sound like it is something minor, insignificant, that it has little to no effect on them. That could not be further from the truth. According to the National Autistic Society autism is ‘a life long developmental disability…’ In other words my children with autism will one day be adults with autism. They will always have it. When you say ‘only’ I think of a cold or a sickness bug that is minor, time limited and will leave no major problems. My children’s autism is none of those.

Autism affects how they speak. One of my children has no speech at all aged 7. He may or may not be able to speak as an adult. What is ‘only’ about that? I find that very significant and life limiting for him and us. Many children and adults with autism have echolalia, selective mutism or difficulties being understood. These are all significant speech and language issues that need intensive support.

Autism affects what they wear. They both have huge sensory issues and rigidness. My daughter refuses to remove her school fleece even on the warmest of days and my son went two years only wearing his school jumper every single day. Some children with autism strip off even in public, others are unable to wear shoes and many have issues with everyday items like socks. It may seem trivial in comparison with what others struggle with but dealing with this daily is exhausting and debilitating for so many.

Autism affects what they eat. I have one child with autism who has no concept of edible and non edible at aged 7. He would eat plastic as easily as mashed potato! I have another who refuses food due to severe anxiety. Millions of children with autism have limited diets or severe eating issues. The stress parents face at every mealtime is anything but ‘only’.

Autism affects their play and social skills. My son is locked in his own world. He has little awareness of other children and with no language he is unable to really interact with others. My daughter has no natural desire to talk to other children other than one friend and last year preferred talking to flowers to talking to children. She likes rules and sadly people and social events don’t always comply with rules and she gets confused. My children are vulnerable and always will be. That is scary.

Autism affects how they learn. My son has significant learning disabilities. This is not uncommon with autism. My daughter learns best from visual stimulation which is not always how things are taught in mainstream school. They need patience, understanding, repetition and consistency. So many things take longer. They won’t ‘grow out it’, ‘be fine’ or ‘snap out it’. My son won’t suddenly learn to read or write or talk. It takes time and intervention and therapy. None of that is ‘only’.

And it affects me as their mum.

Yes there is so many things worse than autism. I would never ever argue with that. But autism is still a serious condition for so many, my children included.

It may be ‘only autism’ to you, but it is far more to me, my children and thousands of others too.

13 thoughts on “When someone says, “It’s only autism””